Based on the novel by Luigi Bartolini

This movie is probably on everybody's top films list of all time. I have heard about it over the past couple of years. Trying to expand my film knowledge, I'm trying to get into classic foreign language films like The Bicycle Thief. The movies sole Oscar nomination was for Best Screenplay. It honored a special with a special award in 1950. With all the praise it has been getting, I came away with it underwhelmed.

Taking placed in post WWII Italy, Antonio Ricci (Maggiorani), a desperate father that is trying to support his wife, Maria (Carell) and young son, Bruno (Staiola). Antonio has a promising job prospect to put up posters around Rome, but he is required to have bicycle in order to perform his new job. Maria has to hock sheets that were part of her dowry to pay for the bicycle. Antonio feels like he could finally be the provider for his family.

On his first day of the job, he was putting up poster of Rita Hayworth when a thief (Antonucci) steals his bike and disappears in the crowded square. Antonio goes to the police to file a report, which is pointless that they cannot help. Antonio takes Bruno on his mission to locate the bicycle.

I know by the title of the movie that the movie was going to about finding the thief in the title. I didn't know it was going to take that whole movie to do that. It seems like a "duh" moment, but when a movie is one note, it can be boring.

People could completely empathize with Antonio's predicament. A down on his luck father that would be anything to support his family. People get that. To me, the movie was too depressing to enjoy it. Besides, Netflix spoiled in the ending of the movie in its description. Maybe that has a sour taste in my mouth. The movie is fine. I guess, I am not into neorealism movies.

After Logo unceremoniously canceled Noah's Arc, they were on my shit list. Still are. Besides the point, Darryl Stephens the star of that show was shopping around this show, DTLA (Downtown LA) to Logo and here! TV which passed. The show originally premiered on OutTv in late 2012. In a surprising move, Logo decided to pick up the series and aired it last year, heavily edited. I saw one and a half episodes on there. Cut to today, I binged on the uncensored version of DTLA. Here are my thoughts:

The series centers around seven friends through their highest of highs and lowest of lows. Darryl plays Len, a lawyer that is reaching the end of the rope with his six year relationship with Bryan (Herrick), who spends more time getting high than getting a job. The lone straight woman, SJ (Fair) is in a bad place with her husband that cheated on her. Stefan (Pierce) is also a lawyer that acts bougie and thumbs his nose at other black people. Kai (Tanaka) pushes SJ to get back with her husband when his personal life clashes with his professional life as a schoolteacher. Matthew (MacDonald) is a struggling actor that get his big break with a raunchy play that he doesn't share with his military boyfriend, Marky (Pretty).

I wanted to see this show, because I saw clips of it online. I wanted to see it uncut. The overall impression of the show is that it seems choppy and some spots. Plot points were introduced and dropped by the next episode. Characters disappears for a long period of time and pop up out of nowhere. Characters are introduced with no subtext. They are just there. I did love the guest stars that were peppered in like Leslie Jordan, Danny Roberts and Sandra Bernhardt. Other than that, the show is disposable.

I Have a Special Annoucement People who have been following my blog know that I have a non-award award show called The Omies. It is to highlight the performances that were overlooked during the years. This year is quite different.

It pains me to say this, but I have decided to cancel the Omies for this year. It was my fault mainly because I used a sub-par poll system that fucked everything up. Another contributing factor to this decision was that only two people cast votes. Thank you to the twos of you that actually voted. It would not be fair to have multiple ties in every category. This is my way of "awarding" all of the nominees.

Sorry for the inconvenience. Hopefully, Polldaddy wouldn't be a dick charging an arm and a leg to use their service.
Posted by Unknown at 12:00 AM 2 comments: 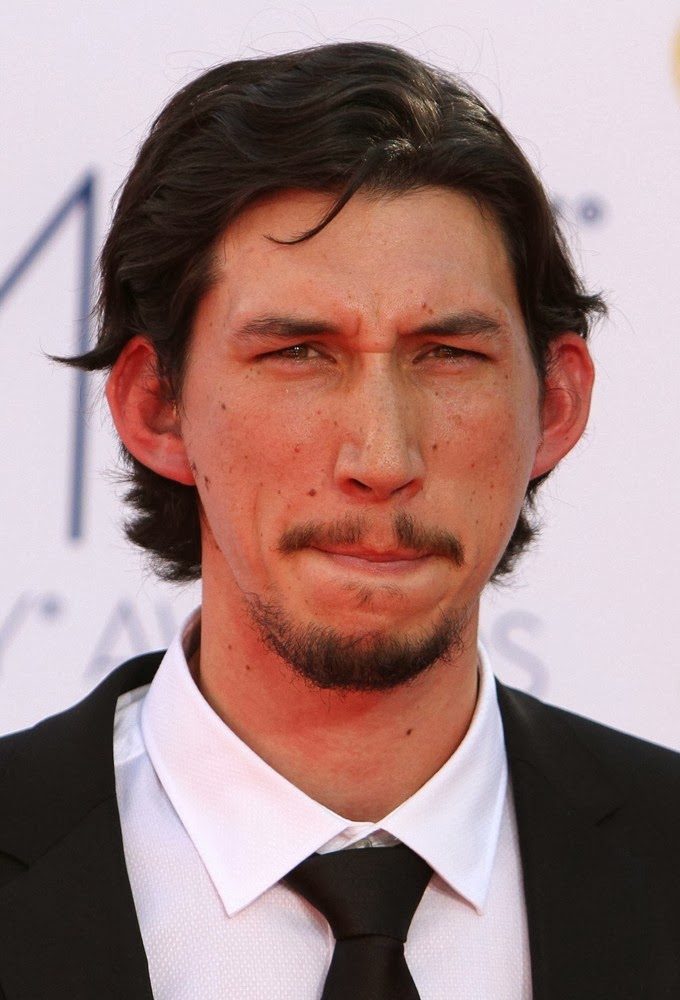 It has been reported that Adam Driver, that guy from "Girls" who may or may not play Nightwing that is "Batman vs. Superman" trainwreck has signed on to play an unnamed villian in the upcoming Star Wars VII. Fly me to outer space where they won't hear me scream.
Posted by Unknown at 4:03 PM No comments:

I was contacted by Dave N. on behalf of Dark Venegeance, which hits Redbox on February 27th which stars Steven Seagel.

Check out the trailer.

Here is a brief synopsis of the movie: "Seattle's darkest criminals force Elijah Kane (Seagal) and his hard knuckled team to work around the clock to track down a meticulous "Black Magic"-practicing killer in the vagrant strip club underworld. There’s even an appearance from Star Trek’s George Takei!" 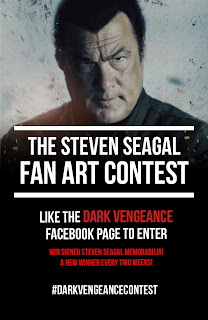 In exchange for posting their best Steven Seagal fan artwork, fans earn the chance to win an Aikidogi uniform, DVD Boxed Set (both signed by Seagal), or a $25 Red Box gift card.

I was reading that the new Godzilla movie will be a helluva lot better than one produced in the late nineties with Matthew Broderick and some other assholes no one cares about. Judging by this trailer, I would see it when it comes out in May.
Posted by Unknown at 6:03 PM No comments: 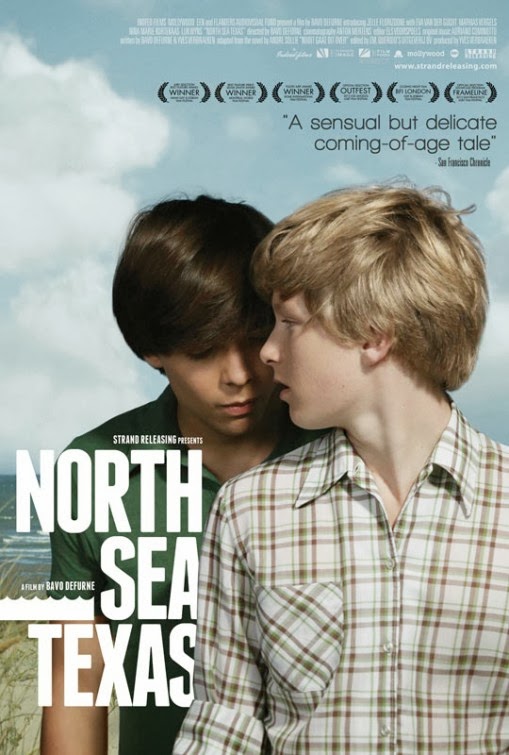 Based on the novel, "Nooit gaat dit over" by André Sollie

Personally, I never heard of this movie before last year's Omie Awards when a follower of mine mentioned this movie as a nominee. The movie was most honored last year. It was on my radar to watch it. I reinstated my Netflix account to take advantage of the movies I missed out on. This movie was suggested to me. It was kismet or so I thought.

It seems like the story takes place in the late sixties Belgium, not Texas as I thought, where we follow Pim (Florizoone), a boy that is coming into his sexuality. He is realizing that he has feelings for his friend, Gino (Vergels). Gino gives into his feelings for Pim. Pim feels lost as his mother, Yvette (van der Gucht) is more concerned about playing her accordion and men then her son. Pim seeks solace in Gino's family home. Gino's mother, Marcella (Damen) assumes loving mother role that he wants as Gino's sister develops a hopeless crush on Pim.

Through the grapevine, this movie was touted as the next "Brokeback Mountain". I would not take it that far. Seeing my share of gay movies, this movie would be in the middle of the pack. Don't get me wrong. There were parts of this movie that mimicked my childhood. I had crushes on boys, played dress up, did things that boys did, girls had crushes on me and all that.

It felt like something was missing with the movie. I think it was with the "love story" between Pim and Gino. The brief times that they were together, they had triple amounts of time apart. I didn't feel longing. It died on-screen. It was an afterthought. The only good thing that I took from this movie was the feeling of lost innocence. That's it.