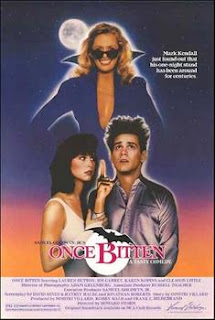 I know! I know. I know. It has been a hot minute since I reviewed a film. I started a new job that had me working crazy hours. Since the last review, the same circumstances happened with a partial power outage. Waiting for the electric company to come, I happened upon Once Bitten. When I was a kid, I loved this film that it was so cheesy. Watching the movie again, I still savor the cheese factor.

Countess (Hutton) is a 300 year old vampire that desires to have the blood of a virgin to stay youthful. Being that she is living in Los Angeles finding a viable virgin would be hard to come by. Countess enlists her flamboyant chauffeur, Sebastian (Little) and her cronies to find a virgin before Halloween. Meanwhile, Mark (Carrey) is frustrated that his girlfriend, Robin (Kopins) is not putting out. Mark's bonehead friends, Jaime and Russ (Ballatore, Lackey) try to get him lead, but they put him in a path to Countess' seductive claws.

Back then, I didn't know that this movie was bad. I thought it was the best movie ever. I was young, I didn't know any better. My taste was not as refined as it is now. Okay. That's a lie. I love shit movies, too. What can I say? Shit movies are funny in its awfulness. The teenagers in the movies were in their mid to late twenties. The plot is ridiculous. Who cares? A female vampire wants to suck the life blood from a virgin's boy inner thigh. Okay. The movie is silly with dream sequences that have to muck of the smoke machine. I love the movie in its awfulness. 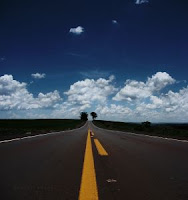