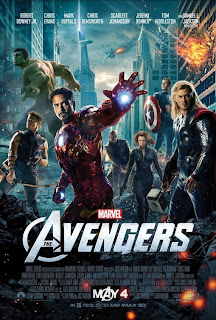 Based on the comic book series by Stan Lee & Jack Kirby

Can I just say that I love being a geek? I love being a geek. I have getting into comic books in the past couple of years. I know the lore of the Marvel and DC characters. When I heard that The Avengers was coming. I literally had a nerdgasm. Further, when I heard that Joss Whedon was directing the film, I shouted, "Hallelujah." I will make this claim that Joss Whedon is God to me. There I said it. Being that I was busy with my unpredictable work schedule, I had time to watch the film yesterday. I made me giddy like a schoolgirl.

I wanted to say this upfront, I did not see Captain America before seeing this film. I knew the lore already and I didn't want to be disappointed in the lead up to this movie like I did with Thor or Iron Man 2. Going into the movie I did not want to be spoiled by anything that happened in the movie. I avoided the internet, review shows, anything. I wanted to go into this movie drawing my own conclusion.

Here is the setup, after Loki's (Hiddleston) defeat by the hands of Thor (Hemsworth) he is sent to deep space where he tries to harness the powers of a magical cube called the Tesseract that would lead a race of alien warriors called the Chitauri to destroy the Earth. In order to do that Loki teleports to S.H.I.E.L.D. headquarters to take it with the help of controlling Hawkeye (Renner) and Dr. Erik Selvig (Skarsgård) to make his escape. Nick Fury (Jackson) determines that it is an act of intergalactic war. He needs to reinstate the Avengers Initiative which would be Earth's mightiest heroes together for the defending our planet. Black Widow (Johannson) and Agent Coulson (Gregg) search the planet to bring together, the egoistical genius Iron Man (Downey Jr), the demigod Thor, the Hulk (Ruffalo) and the First Avenger Captain America (Evans).

My honest opinion is that this movie is awesome. I would say that it was like the first Iron Man movie where my mouth was open in awe. There were some cool things that happened in this movie that I can't give away, but you'll know them when you see them. The team had there moments to shine and everybody had a purpose to be there. I'm glad that Loki was more evil in this movie than he was in Thor, because he was a whiny idiot that cried about being in Thor's shadow. He became heartless against humanity. The movie is almost two and half hours long. I thought that there were some moments that could have be cut out. Other than that, I had a blast with the movie. The small tease after the credits go me going about what will happen next. 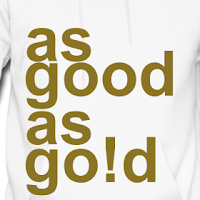